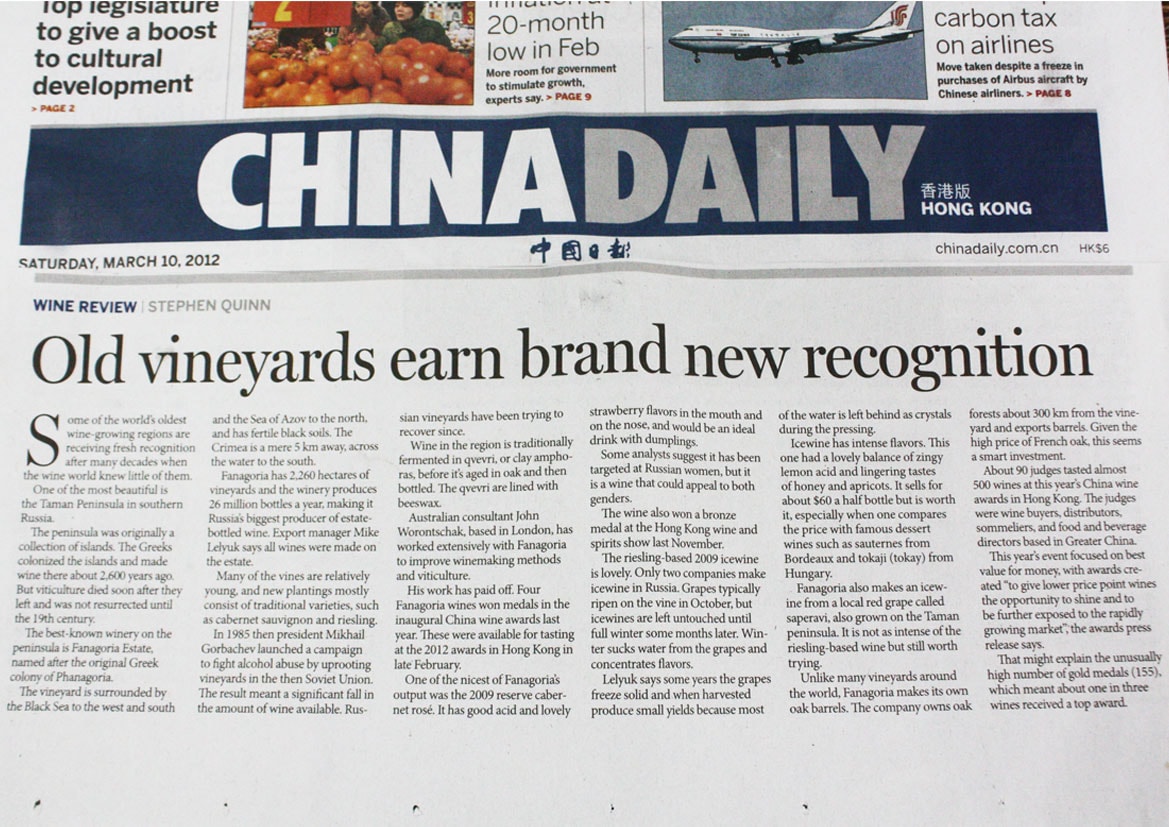 Some of the world’s oldest wine-growing regions are receiving fresh recognition after many decades when the wine world knew little of them.

One of the most beautiful is the Taman Peninsula in southern Russia.

The peninsula was originally a collection of islands. The Greeks colonized the islands and made wine there about 2,600 years ago. But viticulture died soon after they left and was not resurrected until the 19th century.

The best-known winery on the peninsula is Fanagoria Estate, named after the original Greek colony of Phanagoria.

The vineyard is surrounded by the Black Sea to the west and south and the Sea of Azov to the north, and has fertile black soils. The Crimea is a mere 5 km away, across the water to the south.

Fanagoria has 2,260 hectares of vineyards and the winery produces 26 million bottles a year, making it Russia’s biggest producer of estate-bottled wine. Export manager Mike Lelyuk says all wines were made on the estate.

Many of the vines are relatively young, and new plantings mostly consist of traditional varieties, such as cabernet sauvignon and riesling.

In 1985 then president Mikhail Gorbachev launched a campaign to fight alcohol abuse by uprooting vineyards in the then Soviet Union. The result meant a significant fall in the amount of wine available. Russian vineyards have been trying to recover since.

Wine in the region is traditionally fermented in qvevri, or clay amphoras, before it’s aged in oak and then bottled. The qvevri are lined with beeswax.

Australian consultant John Worontschak, based in London, has worked extensively with Fanagoria to improve winemaking methods and viticulture.

His work has paid off. Four Fanagoria wines won medals in the inaugural China wine awards last year. These were available for tasting at the 2012 awards in Hong Kong in late February.

One of the nicest of Fanagoria’s output was the 2009 reserve cabernet ros. It has good acid and lovely strawberry flavors in the mouth and on the nose, and would be an ideal drink with dumplings.

Some analysts suggest it has been targeted at Russian women, but it is a wine that could appeal to both genders.

The riesling-based 2009 icewine is lovely. Only two companies make icewine in Russia. Grapes typically ripen on the vine in October, but icewines are left untouched until full winter some months later. Winter sucks water from the grapes and concentrates flavors.

Lelyuk says some years the grapes freeze solid and when harvested produce small yields because most of the water is left behind as crystals during the pressing.

Icewine has intense flavors. This one had a lovely balance of zingy lemon acid and lingering tastes of honey and apricots. It sells for about $60 a half bottle but is worth it, especially when one compares the price with famous dessert wines such as sauternes from Bordeaux and tokaji (tokay) from Hungary.

Fanagoria also makes an icewine from a local red grape called saperavi, also grown on the Taman peninsula. It is not as intense of the riesling-based wine but still worth trying.

Unlike many vineyards around the world, Fanagoria makes its own oak barrels. The company owns oak forests about 300 km from the vineyard and exports barrels. Given the high price of French oak, this seems a smart investment.

About 90 judges tasted almost 500 wines at this year’s China wine awards in Hong Kong. The judges were wine buyers, distributors, sommeliers, and food and beverage directors based in Greater China.

This year’s event focused on best value for money, with awards created “to give lower price point wines the opportunity to shine and to be further exposed to the rapidly growing market”, the awards press release says.

That might explain the unusually high number of gold medals (155), which meant about one in three wines received a top award.

An innovative young startup company called Trust in Taste which is based in Adelaide has been using Chinese social media platform WeChat to forge a new distribution channel in the country. The service targets relevant WeChat users and offers […]

KEY DATES FOR YOUR DIARY 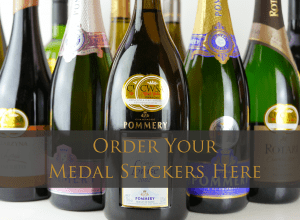